Tattoos of Haida style have their origins in the Indian tribe of the same name, in which body art was of great importance. At the moment, the number of the people in this tribe is not large but the traditions are still the same. Only now their patterns are not only an ethnic tribe feature but also a popular tattoo style around the world. As with many other Indian peoples, traditional patterns were a significant part of tribal life. Their style, however, cannot be confused with other tattoos, as they have distinctive features that set the Haida apart from the rest. Only four colors of paint are used for the application, each with its own meaning: black means earth, red symbolizes blood, blue shows the sky, green is plant life. This requirement is quite stringent; other colors are not used in Haida as it would otherwise deviate from the traditional style. Most often you can find tattoos in black and red colors, green and blue are added much less frequently. As a rule, two colors are used; combinations of three or all four colors together almost never occur. They usually chose various animals, birds and fish for patterns, which were totemic creatures of the Indians. They depicted the history of the tribe, stated the status and served as amulets against evil spirits. The patterns themselves, of which the images are composed, are not sharp, they have many smooth lines, but the drawings are very precise and the geometry is strictly kept to. Such tattoos are often mirror-symmetrical, but there are enough exceptions. Spots to apply The first Haida-style tattoos were applied in the childhood during a ritual at a gift-giving festival at the same time as piercing ears. Traditionally, girls were tattooed only on the arms, boys on the chest. However, now the tattoo spots do not matter much. Haida looks interesting on any part of the body. But still girls choose sketches on the arms and legs more often whereas men prefer back or chest. 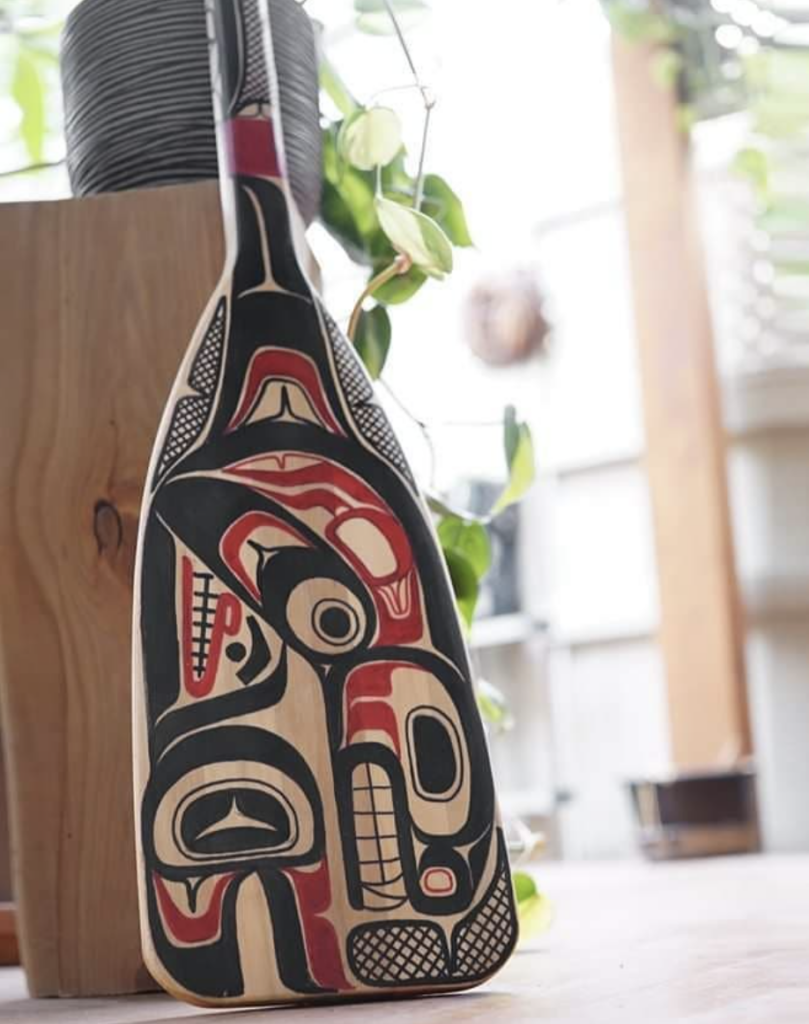 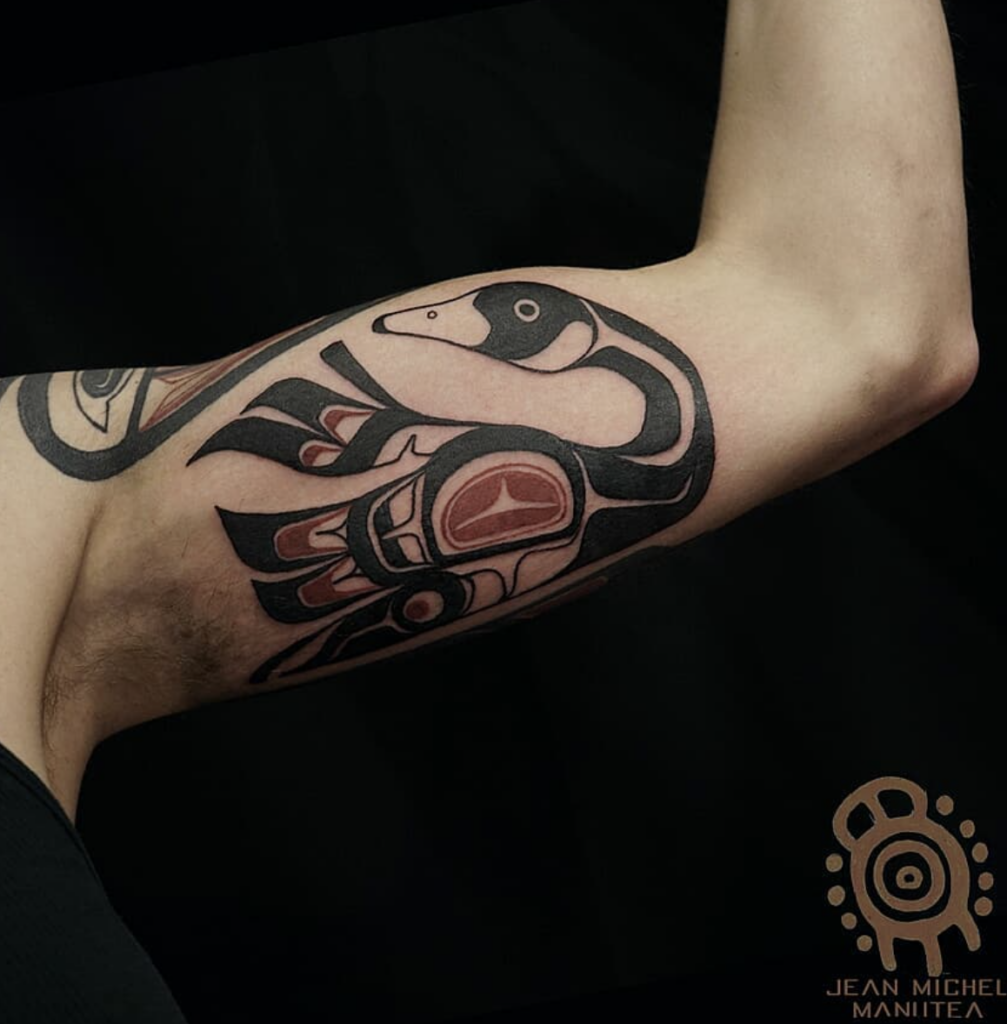 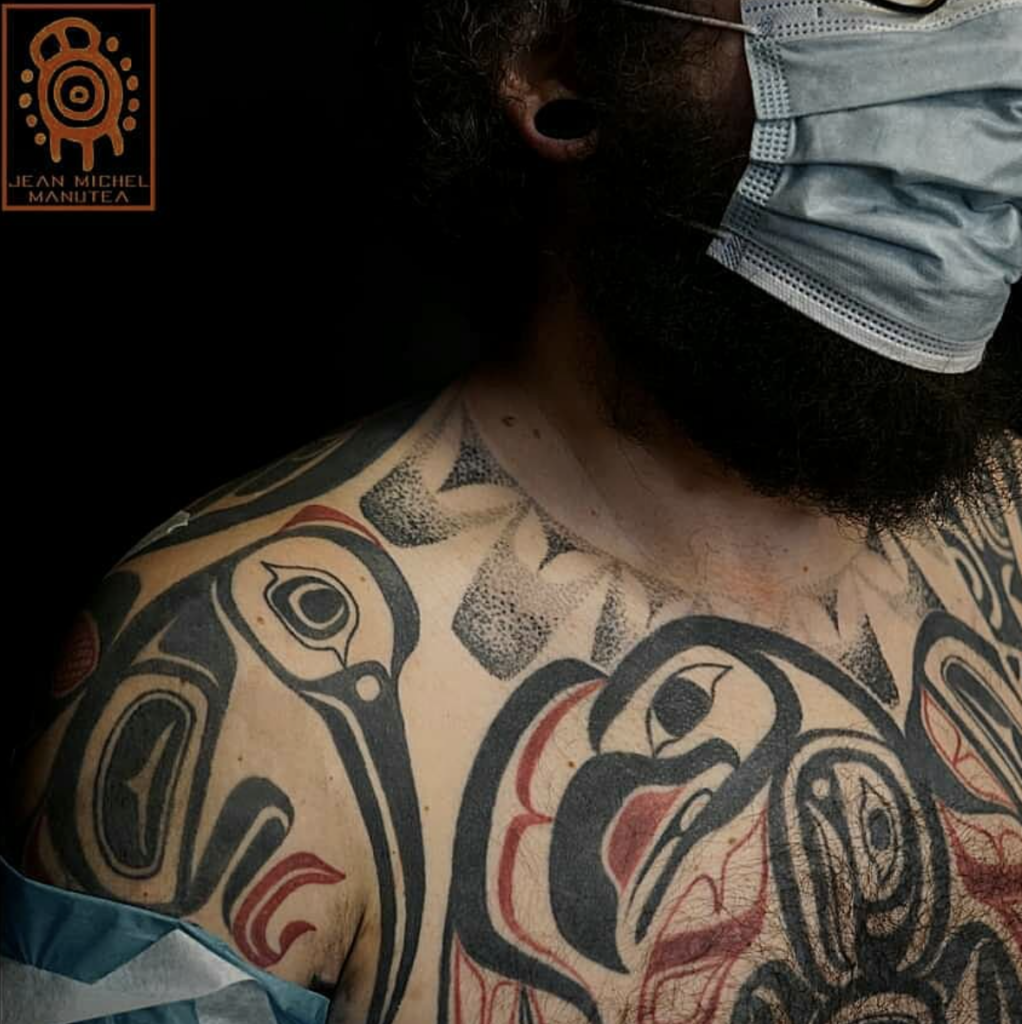 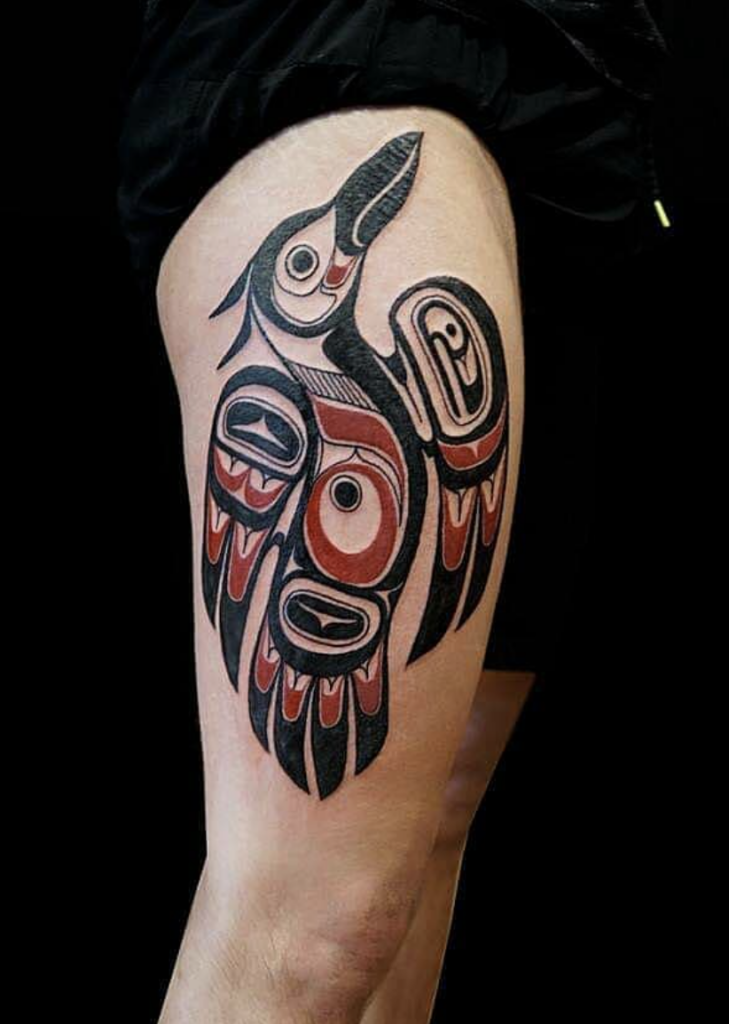 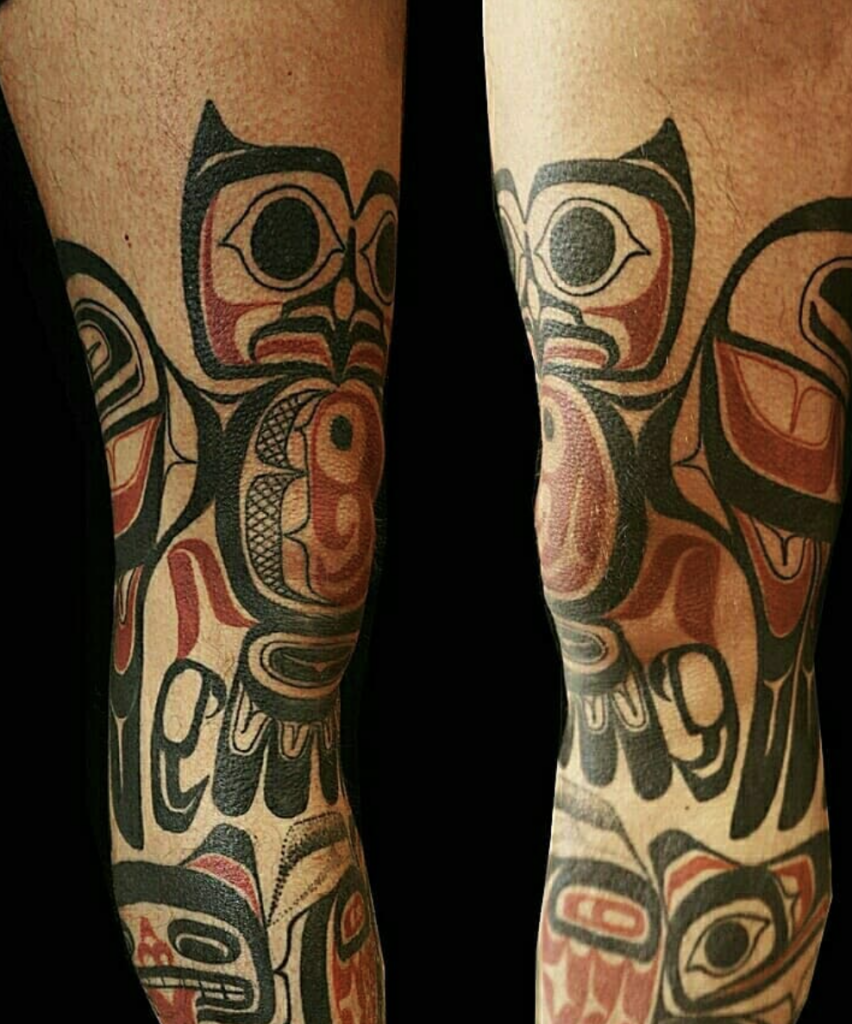 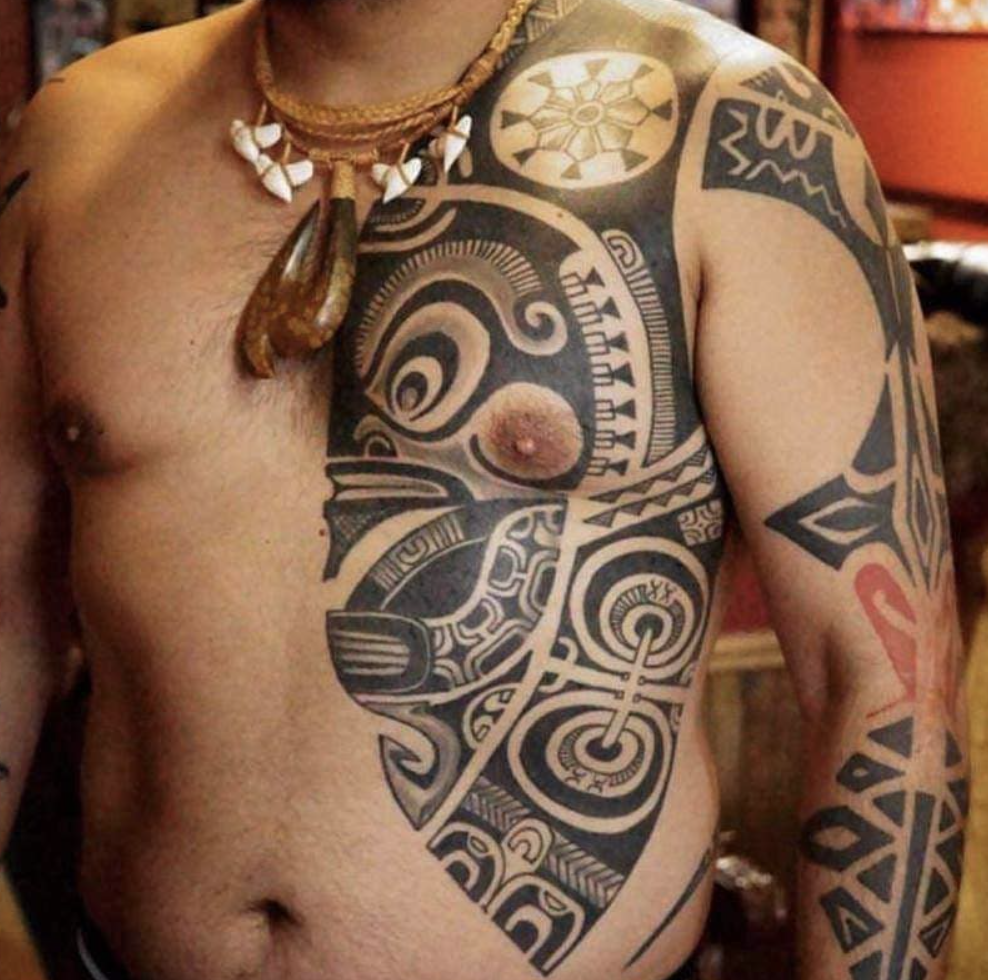 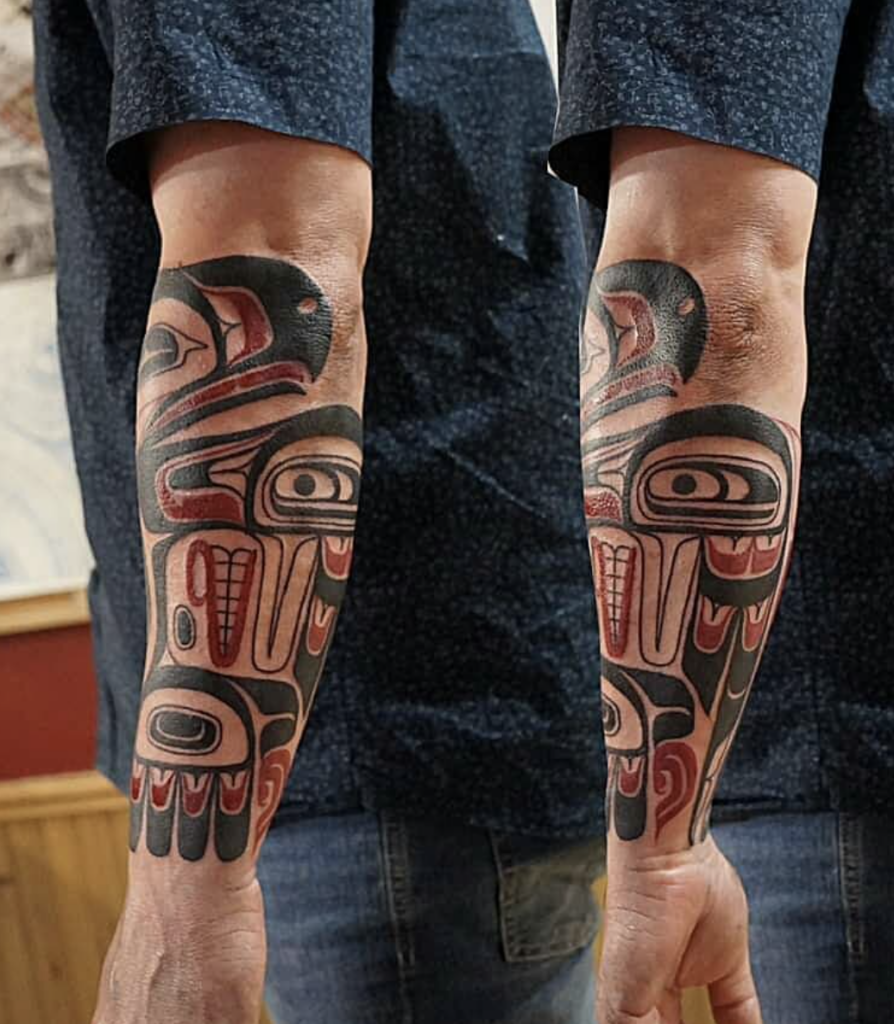 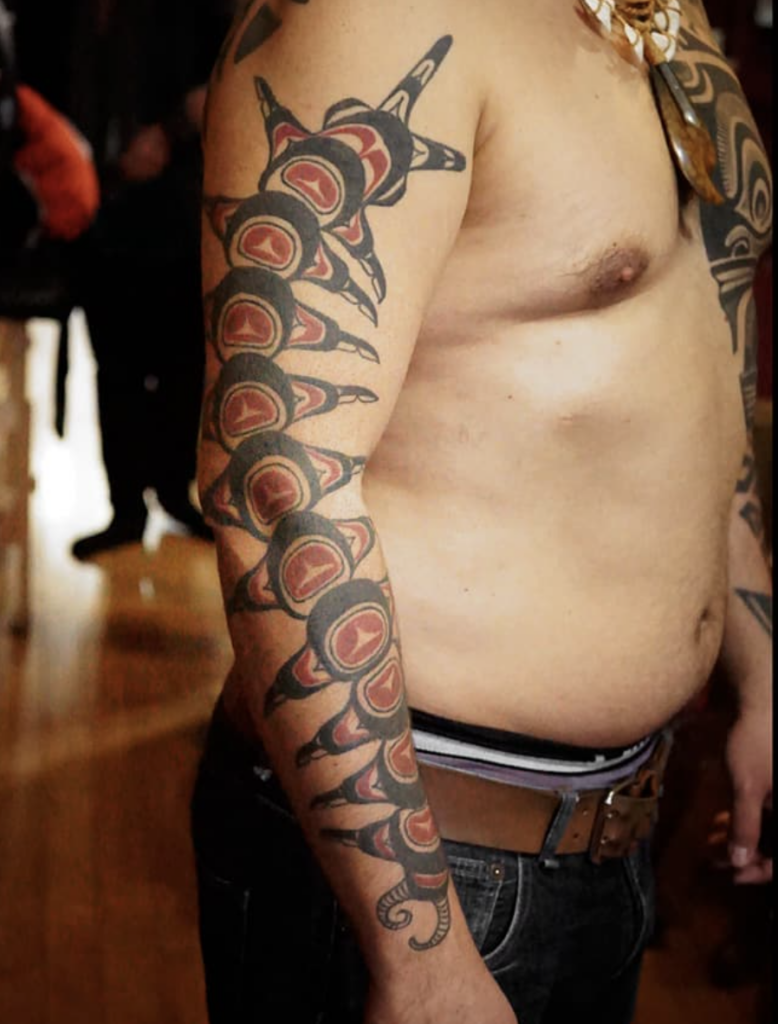