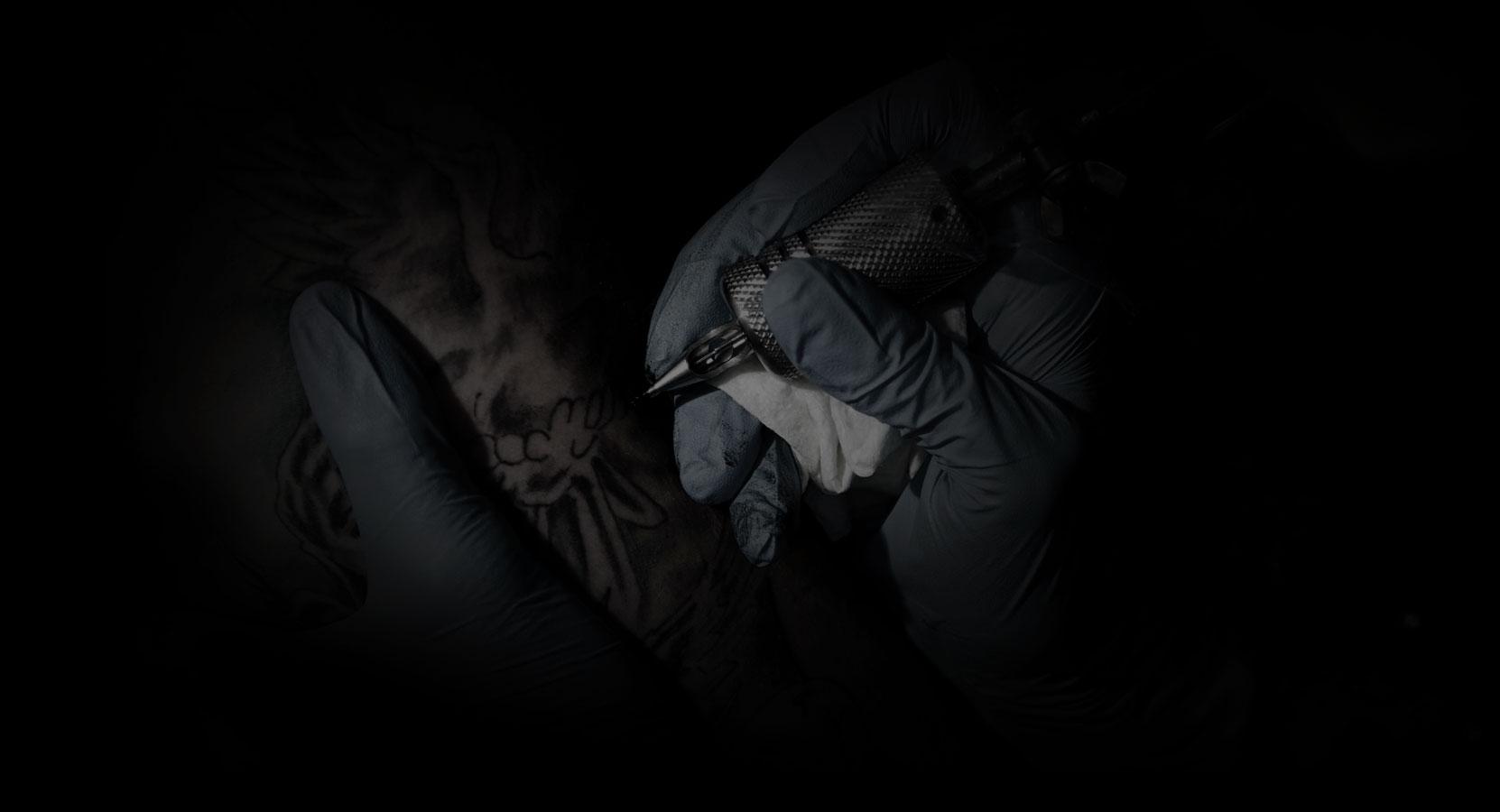 The origins of the Traditional tattoo style It is believed that tattoos of the Traditional style first appeared in Europe and America, sometimes the style is referred to as European. The first to get such images tattooed were sailors and ship captains. Dangerous work required additional safety measures and in addition to the boats and ropes people at sea surrounded themselves with all sorts of amulets and guardian symbols. Thus, skulls, pipes, hearts, crosses and twisted ribbons with the names of the loved ones began to be tattooed on muscular tanned arms and backs. The tattoos were characterized by bright colors and uncomplicated subject matter, the main thing being for the image to "shout" about its purpose. Sailors traveled to distant countries and seas and spread the fashion for beautiful and colorful images on the body. Gradually these patterns entered the masses and still remain one of the most popular trends in tattoos. It’s worth noting that the style of Traditional tattoo is now preferred by many of the fair sex. Young girls are more inclined to adorn themselves with hearts (often broken), bright butterflies, flowers and ribbons with inscriptions. Men are more likely to trust all the same nautical attributes, skulls and crosses. It is also important to say that the special signs of the style are bright thick outlines and very saturated colors. 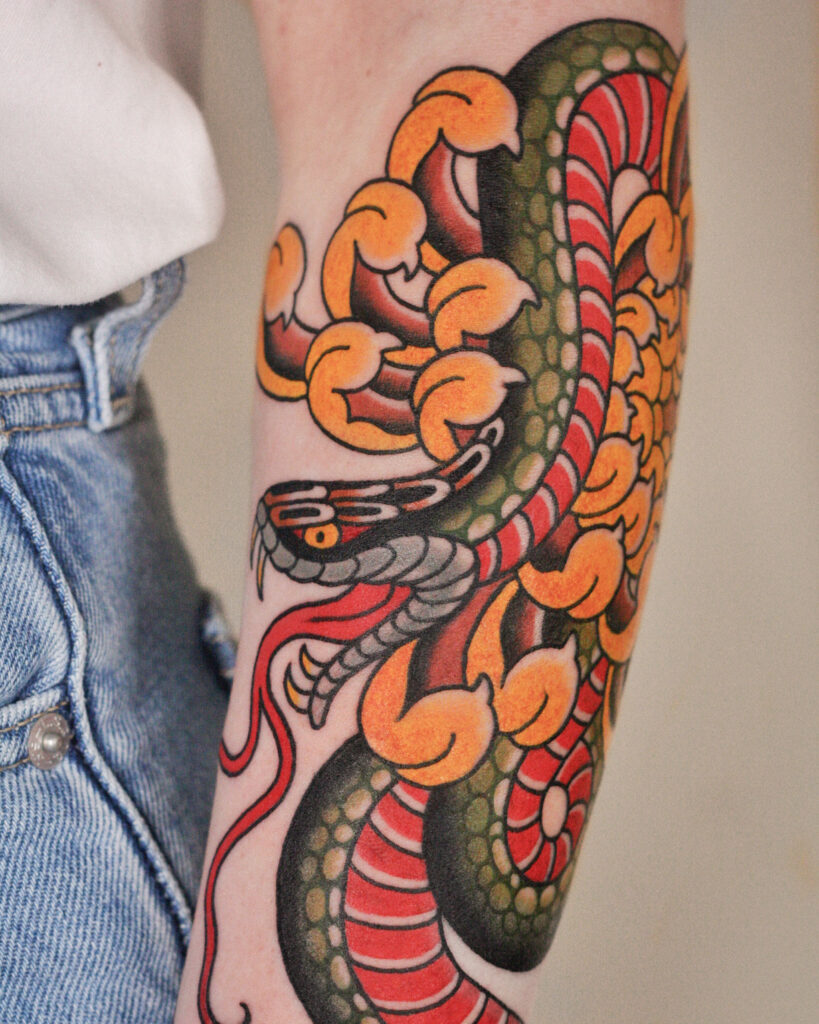 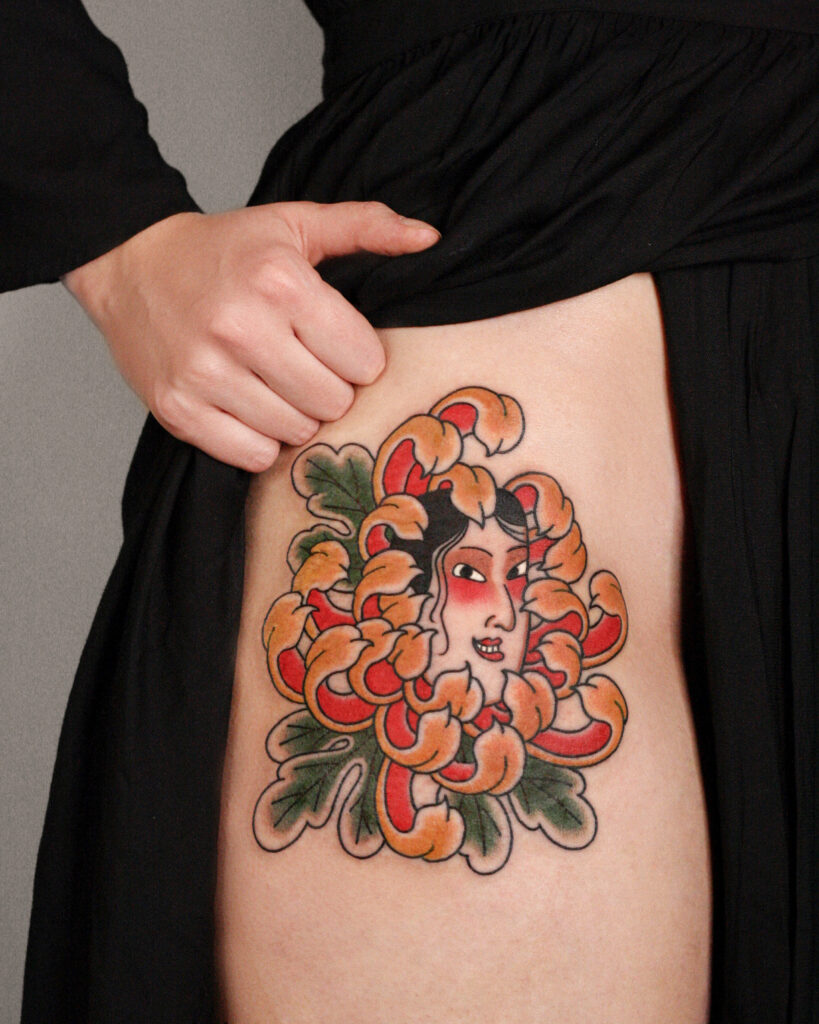 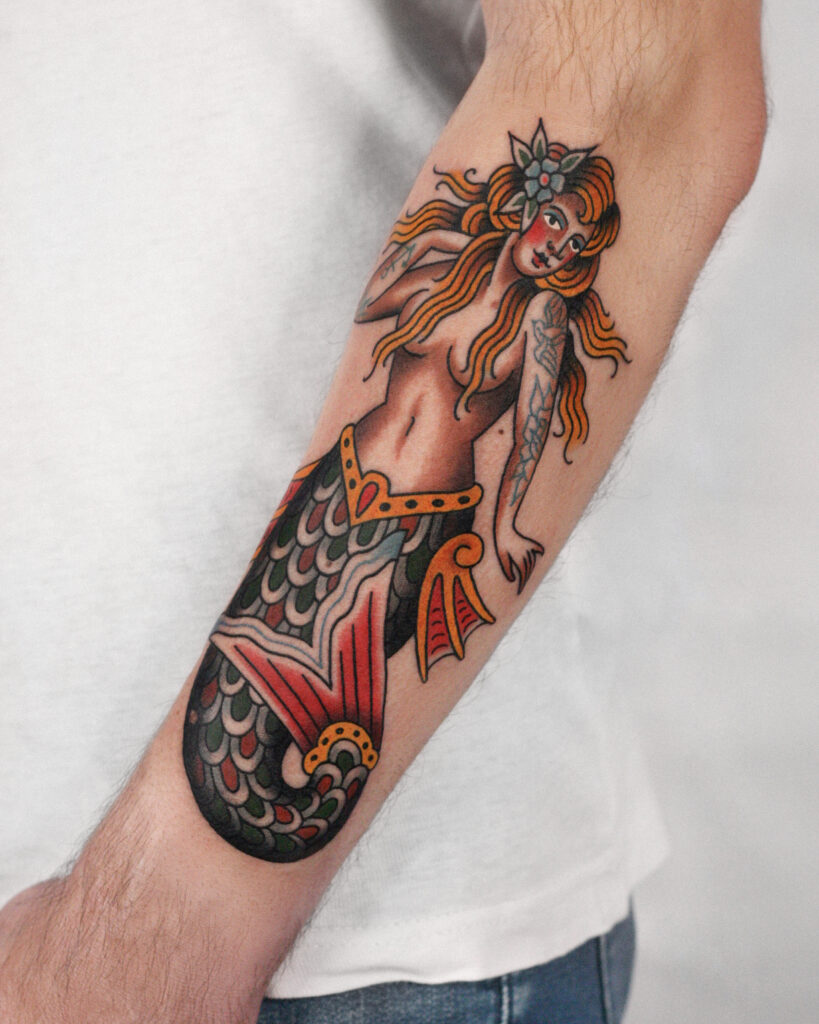 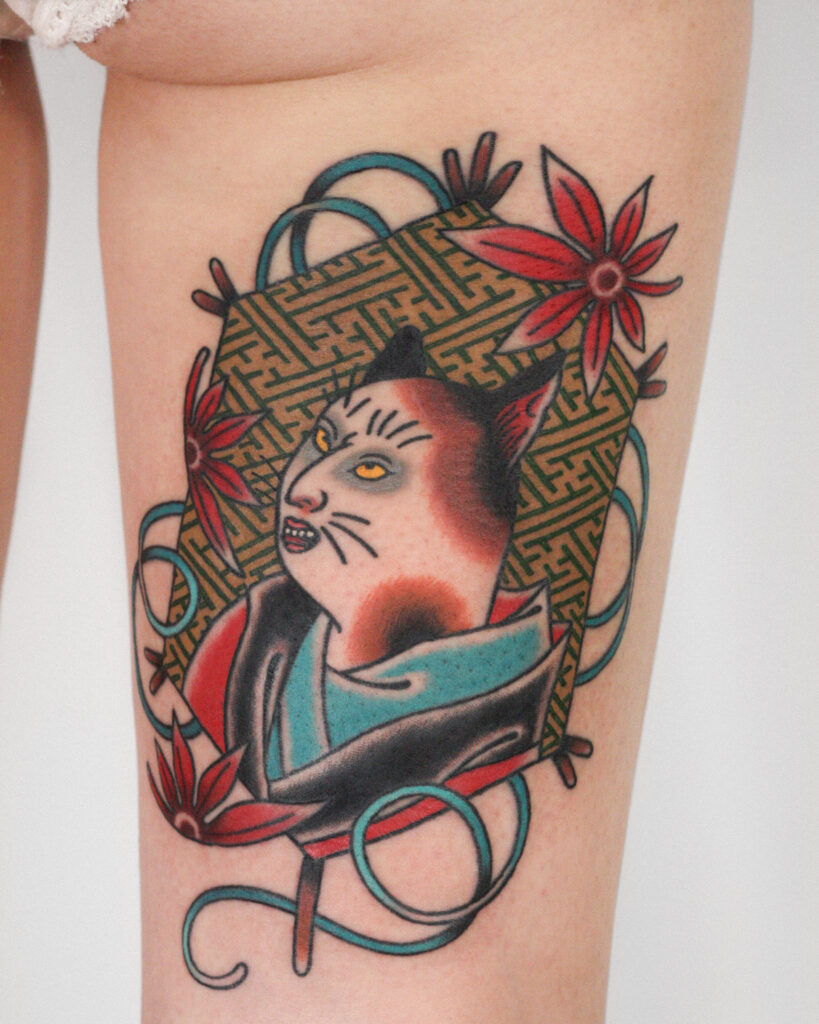 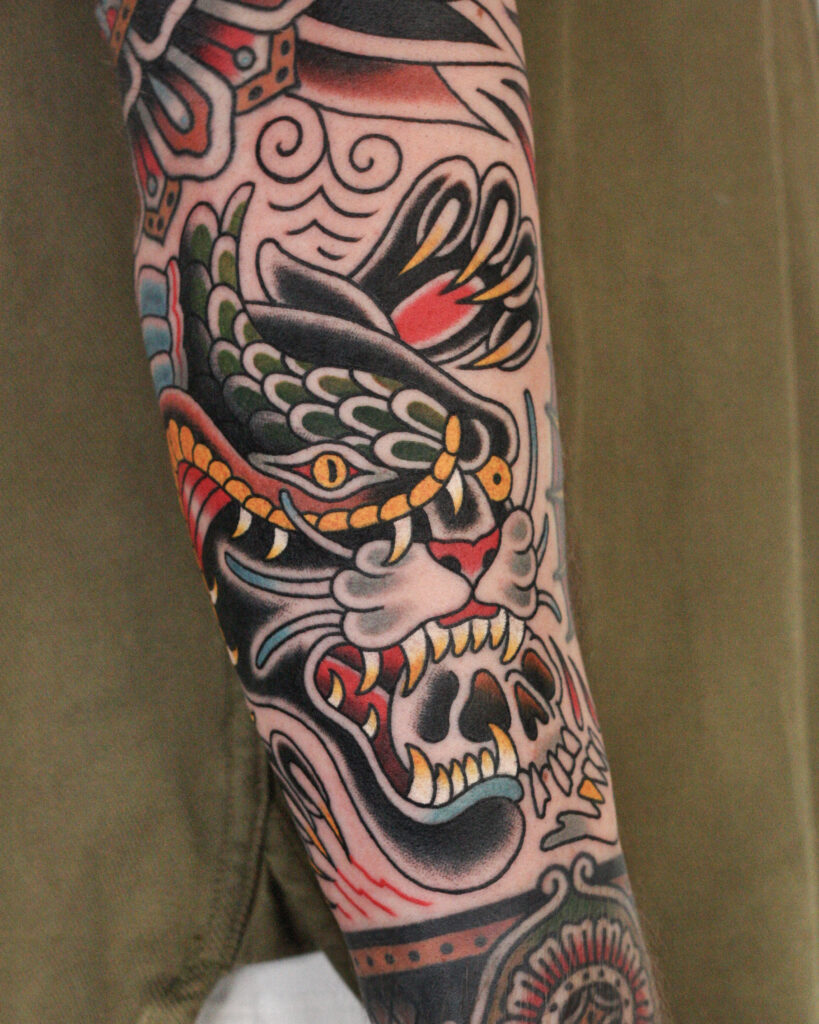 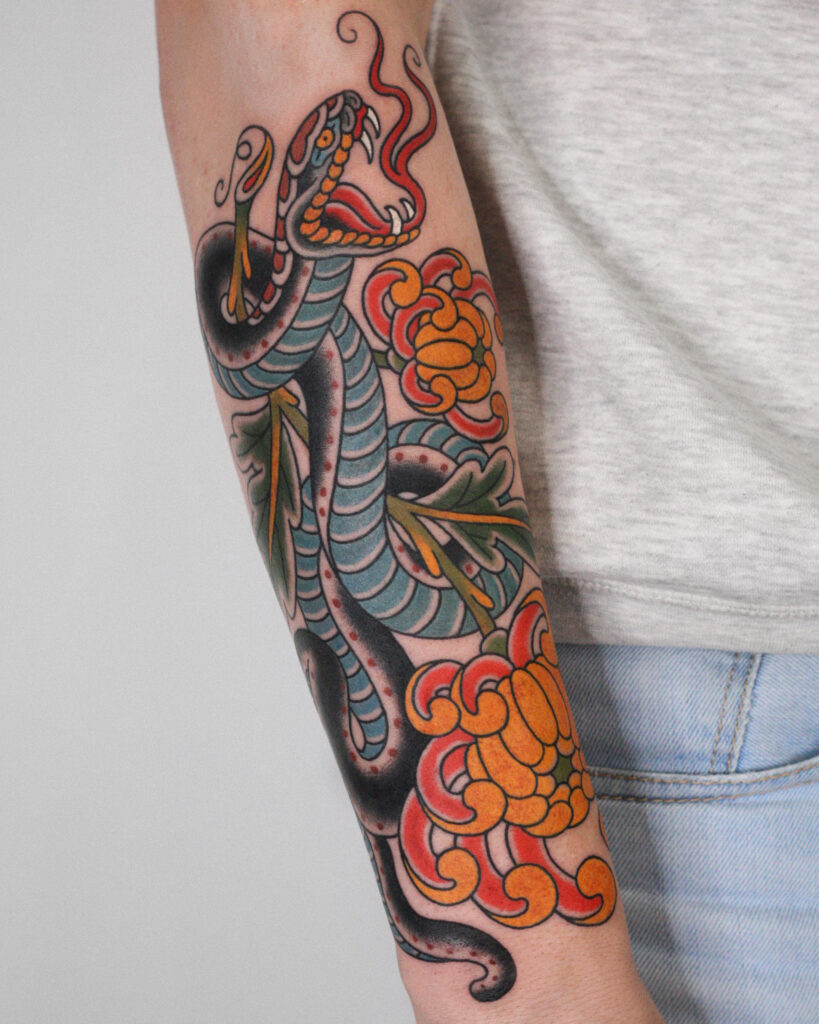 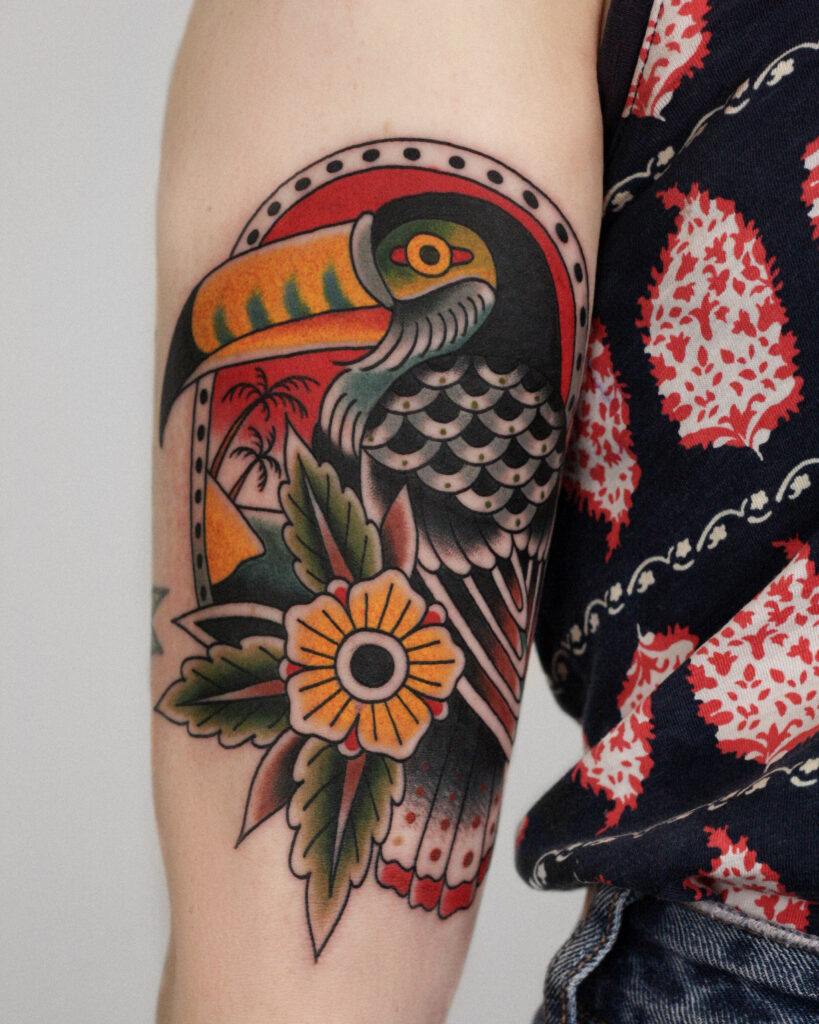 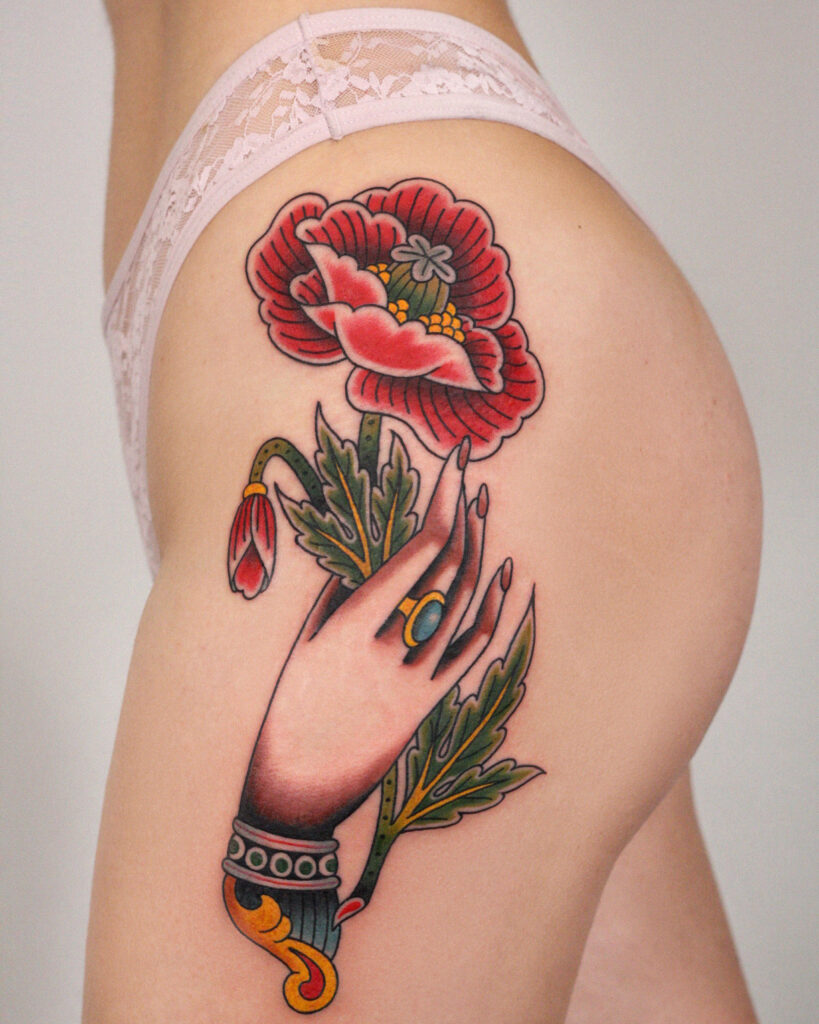 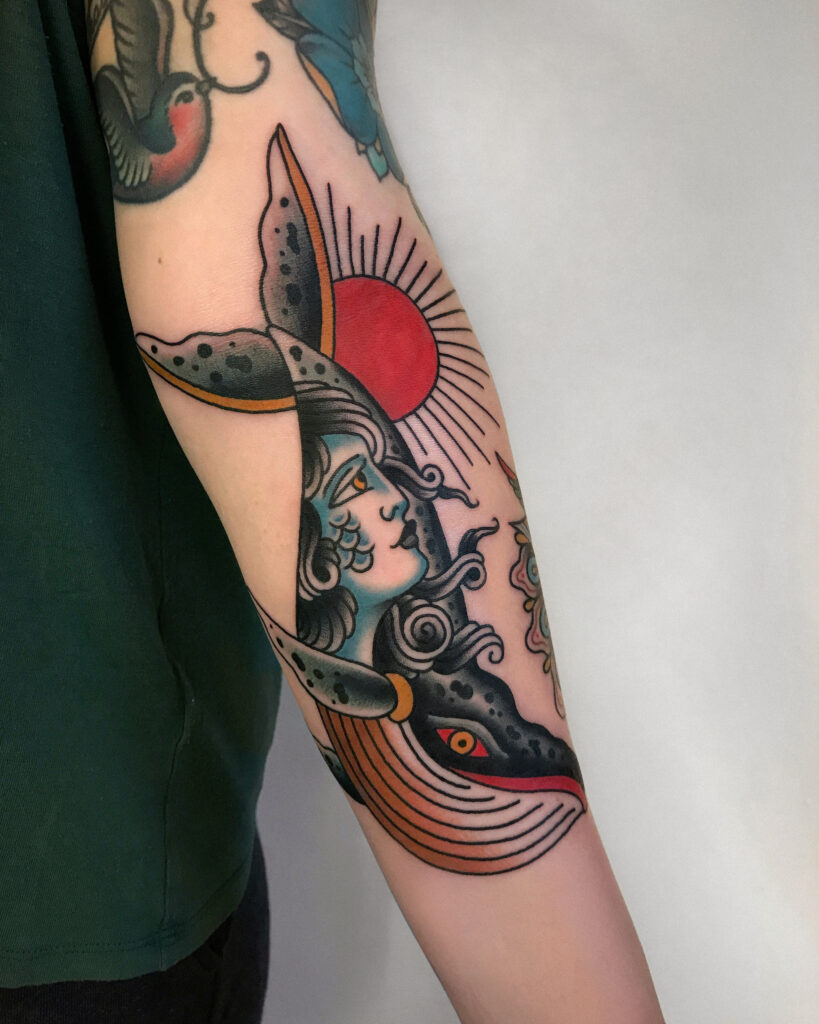